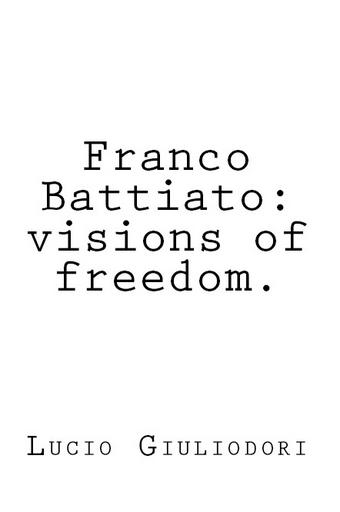 Battiato, through his songs, speaks about different kind of freedoms. This essay will attempt to go through these different categories, which then considered all together gives the final main idea of a wider and deeper freedom that includes them all.

Conventional wisdom holds that a singer’s task is only to sing, but this is only a part of the picture. Battiato is a case in point: he is in fact both an entertainer and an erudite scholar. His multifaceted talent (music, poetry, cinema, painting) is inherent to his way of expression.

His entire career has followed a completely different path in approaching pop music. His attitude sets the stage for what may  prove to be a radical alternative tocomposition. Certainly his example makes us wonder how many other singers can be found following his way. Did he really set in motion a new cutting edge method of making music? Is he opening the door to profounder themes in the work of otherwise pop artists? I do not think so.

Battiato is a unique case in the whole history of contemporary pop music: he is definitely ahead of his time. Nobody has done anything even remotely similar before, he is the only representative of the kind of music he invented, the first and probably the last.

I sense that people aren’t deciphering everything he stands for, nevertheless he manages to reach an incredibly wide audience for such an erudite artist as he is. We certainly could ascribe his success to his genius. Surely that brilliant mix between pop and high culture is one of his most successful features, and he certainly stands out for the natural way he manages to do that. In doing this he doesn’t set out to get more fans, on no account must he be considered merely a commercial artist. This is simply the way he expresses himself, a way, not surprisingly, very similar to Sgalambro’s. Theirs is a postmodern attitude, a conscious intention to play with meanings, to mix them up, often with a razor-sharp sense of humor too. And they, the authors themselves, are sometimes part of the mix as well: this is what makes them emphatically sophisticated and elegant.

La voce del Padrone (The Master’s Voice)[1], with its one million copies sold, is certainly one of the best examples of this exceptional mix. It is one of the most famous, successful and memorable albums of all Italian contemporary music. It must be mentioned that it was on the charts for more than 18 weeks when it was released in 1981 – and this is an amazing result for a not commercial artist.

The call for freedom is here palpable, it is a concerned yearning for escape, for going away, probably away from even  material limitations, the sea (in psychotherapy a recognized symbol of the unconscious) may represent a metaphysical dimension which the artist, despite his being aware of the risks an unknown realm can bring -  «to be shipwrecked» - is sure to pursue.

[1] F. BATTIATO, La voce del padrone, Emi 1981
[2] Ibidem.
[3] In this essay all the translations from the Italian are mine, from the lyrics, the books or the interviews.

Liberty means responsibility. That is why most men dread it.

The book is available both on kindle and paperback. You can order it through Amazon by clicking HERE

Some books leave us free and some books make us free.