One of the main purposes of Surrealism is try to perceive and decipher the mysteries of the unconscious: what is it? How does it work? How to connect with it?

These are quite essential questions which science in primis, mainly psychology, has struggled with  over the past decades and, needless to say, a breakthrough in finding new answers is still yet to come.

However, for our part, those questions concretely applies to Surrealism’s concerns as well. In order to perform the intriguing task of connecting to the unconscious, according to surrealists, in terms of methodology, a crucial shift in perspective is required: rationality must be replaced by irrationality.

To achieve this, the first surrealists  used to experiment with the most different techniques, from frottage to automatic writing, from collage to assemblage, from cadavre exquis to dripping and, last but not least, hypnosis itself.

Nevertheless, among all the various techniques tested by surrealists, dreaming is certainly the main one as it is the most powerful and the one anyone can use[1]. Dreaming does open the door to the abyss of the unconscious and this is precisely what surrealists were looking for as they were deeply attracted to that brand new concept[2]: the unconscious indeed. All they truly sought was trying to make contact with it. How? Deciphering it and painting it: deciphering it through painting and painting it through dreaming. This constructive interchange constituted the primary activity of the first surrealists.

It is worthy to mention that this fascinating description-deciphering marriage is still in use in contemporary Surrealism as the definitive decoding of the unconscious is still missing - an objective description of it  certainly doesn’t pertain to painting rather to science, the latter though is still far from final comprehension.

Moreover, this is a hard problem to tackle as the object of investigation is indeed invisible to the five senses and as such, it can’t be analyzed by using the mechanist-scientist model.
However, if science has not yet yielded any results[3], art carves out itself a quite important role in displaying, merely artistically though, the unconscious landscapes.​

Now, let us get around to the main point: creativity is for surrealists, quite peculiar as it is at the same time  the a priori of the final result, the picture itself, and a way to embark on an inner exploration, almost a self-analysis: dreaming is a source of inspiration but it is also a wide open window to the inner world, to the hidden sides of the psyche.  The main consequence is that in Surrealism, art and psychology harmoniously blend generating a chemistry between creation and self-creation. An inner investigation cannot but produce changes in one’s life, at best an effective improvement: if dreaming unveils secret sides or even unresolved problems or complexes, the consequence, it is a stance on the vigil.

The artistic creation, specifically a painting, configures itself as a kind of x-ray, the photo of what exactly one should work on, the oneiric dimension often discloses what the vigil keeps concealed - both dimensions depict two different layers of the same reality.

Creativity in Surrealism, clearly merges with a kind of self-knowledge, hence its nobility: Surrealism is not only art. Surrealists discover themselves, become themselves, by creating, they create themselves as those secrets they unveil represent a principle of change, of improvement.

To the question: Can we consider art as a tool of inner evolution somehow? The contemporary surrealist painter Steven Kenny says: «Yes, but that’s each artist’s choice. For some it is an aid to psychological, intellectual, and spiritual development; for others, art is simply something they do to make a living. I have learned a lot about myself through my work over the years. The fact that each painting is a new beginning, forces me to reconsider all that I know. I struggle not to repeat myself and to discover something new with each painting»[4].
No surprise, his images, as is typical among surrealists, are very oneiric. 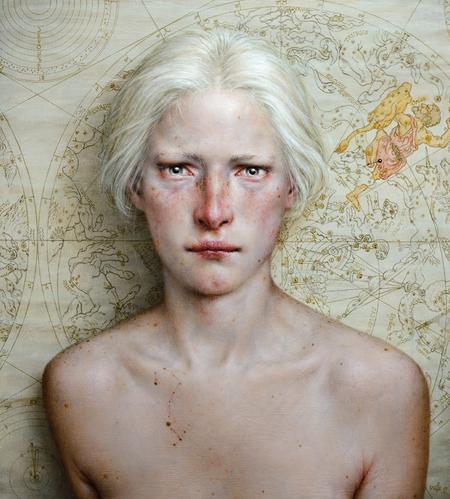 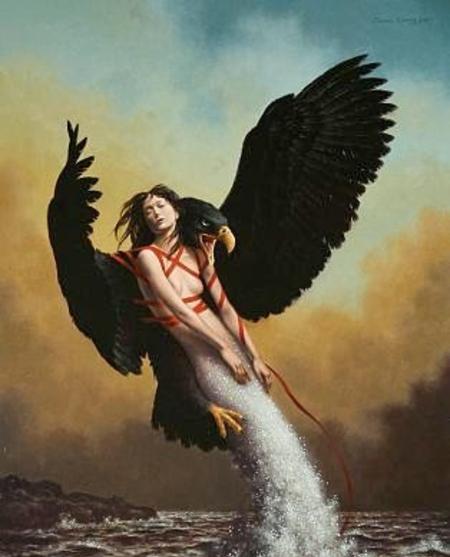 The Spanish contemporary painter Dino Valls goes even further with the inner investigation as what he does is literally «psychoanalysis through art».  Let us consider his words:

Valls certainly gives art a hard task, the hardest probably, however what matters here is his conception of art and his way of being an artist: “A psycho-analyst-easel”. No doubt this is a spot on, compelling and powerful combination of art and psychology, the latter understood in its original Greek meaning of science (logos) of the soul (psyché).

Jung stated that “the unconscious manifests itself through images”[6], hence dreaming is a perfect tool of investigation for surrealist artists whose main task is painting.

Moreover, the more an artist connects with the unconscious, the stronger the connection becomes. The reproduction itself is not only art: the surrealist painter, by incessantly glimpsing and reproducing the unconscious, becomes familiar with the recesses of it. The artist manages to have a symbiosis with his inner world, as he breaks down, step by step, the barriers that separate the conscious and the unconscious.

In conclusion, surrealist painting is a sophisticated exercise of interaction with the unconscious, which in turn is not merely a source of creativity and inspiration, but rather an indicator of what lies behind the conscious wall. Surrealist art unveils a marvelous invisible world, which, amid archetypes and shadows, lives within.

[1] As we all know, Sigmund Freud represented one of the main sources of inspiration for surrealists and, to this regard, it’s worth mentioning a brief correspondence between him and Breton about a topic which was of interest for the creator of the surrealist Manifesto: the relationship between dreaming and artistic creation.
However, contrary to Breton, Freud was not so interested in that topic and the correspondence ended shortly.

[2] In 1924, when the Manifesto was written, the unconscious was a brand new concept.

[3] The mechanist model will never manage to decode the unconscious, that is why Wolfgang Pauli hoped physics and psychology could meet, giving birth to a new language able to describe the absurdity of the nature of the unconscious. Let us consider his words: «We should now proceed to find a neutral or unitary language in which every concept we use is applicable both to the unconscious and to the matter, in order to overcome this old belief that the unconscious psyche and matter are two separate things». Quoted in M. TEODORANI, Sincronicità. Il legame tra fisica e psiche da Pauli e Jung a Chopra, Cesena: Macro Edizioni 2011, p. 82. My translation.