The beautiful exhibition Metaphysical insights hosted by Tretyakovskaya Gallery, running until July the 23th (2017), just hits the mark as it highlights the timeless magnificence of De Chirico’s art, let alone his philosophical implications.

Along with the paintings, the visitor can enjoy an exciting documentary featuring a number of interviews and talks by the Master and on the Master, which displays his picture of the world, his ideas on art and, of course, his main influences. Many are the masterpieces exposed, such as The enigma of a day (1914), Great metaphysical interior (1912) and Melancholy of a beautiful day (1913), to mention a few - whose titles perfectly portray the Master’s perspective. 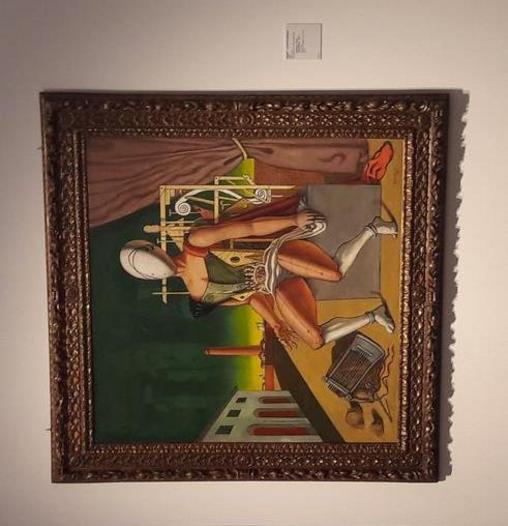 The timeless and motionless moment finds its perfect balance both in the nietzschean eternal afternoon and in the afternoon that stretches the uncanny shadows populating De Chirico’s squares, filled with schopenhauerian melancholy, mirrors of inner kaleidoscopic experiences. Not a metaphysics of beyond rather a row metaphysics overtly entwined with the empirical facets, embedded in here and now, made of stillness mightily bewildering.

What De Chirico suggests with his works, engendered by the evident influence of Nietzsche, is exercising the eye, like the rest of the senses, in order to realize how metaphysics is already existent in the daily world of experience; only once this goal is reached is it possible to penetrate the enigma of the moment, to have a vision of it. To this regard, the Italian painter reminds me of Lev Šestov’s “second sight”, a rare ability necessary to go beyond the analytical perception of reality, i.e. the lowbrow ordinary perception, in order to glimpse what lies beyond the realm’s layers of meanings.

However, this is an elitist matter as the majority of people are not able to get that far, as long as they keep their eye stuck to the traditional arrow of time that hides the moment’s enigma under the linear sequence of past, present and future. Zarathustra’s teachings instead, transcending the discontinuity of that temporal tryptic, invites the Argonaut to travel not toward something but into something, something mysterious, as mysterious as “This Moment”.

These works convey that marvellous path undertaken by the Italian painter who, starting from 1910 gave birth to what later would become one of the most interesting Avantgardes of the XX Century: Metaphysical art (Pittura metafisica). The Master, profoundly influenced by Nietzsche and Schopenhauer, was the initiator and the most influential representative of this fascinating philosophical art movement. Metaphysical art is what laid the foundations for another extremely noteworthy Avant-garde which De Chirico blatantly shunned though: Surrealism. (The latter is still alive today as artists, as well as psychologists, are still dealing with the secrets of the unconscious - a concept that, strange it may seem, never fascinated De Chirico’s concerns. According to him, amid Metaphysical art and Surrealism there is no kinship at all). However, let’s step back for a second and see how everything set off.

Even though the word “metaphysics” outlines what goes beyond physics, i.e. a transcendent dimension that can’t be experienced by the five senses, De Chirico’s use of the term was totally devoid of “spiritual” implications. He didn’t set metaphysics beyond physics but rather in physics, deep into the hidden core of it, here’s the nitty gritty of his originality. A Latin inscription in one of his self-portraits elucidates this: Et quid amabo nisi quod rerum metaphysica est? (what I will love if not the metaphysics of things?). Consequently, the paintings’ aim is not restricted to a loyal reproduction or banal imitation of things, rather it aspires to unveil the secret essence of things, concealed behind the surface accessible to us through the senses. To this regard his art is utterly philosophical and the painter, to his credit, is assigned a new noble task. 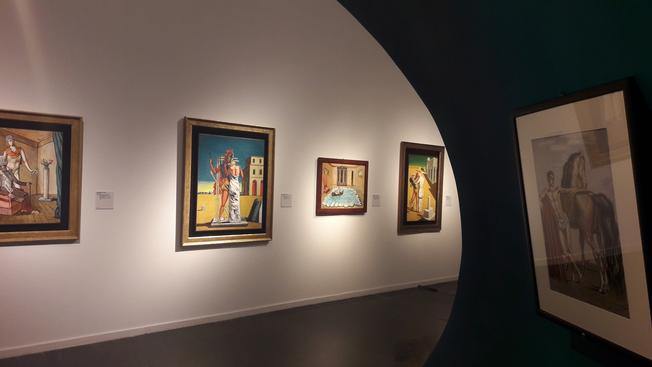 Beings, time, space and nietzschean and schopenhauerian philosophy denote the body of De Chirico’s art, whose soul is instead wrapped in enigmas. Similarly to Nietzsche, he did not focuse on human entities tout court, rather on what exceeds them: a sort of beyond-beings, inspired also by ancient and mythological characters, another persistent element in his art (again a blatant nietzschean influence).

Space is often well-nigh empty because once we got rid of humans and we are meditating about what comes next – the mannequins are works in progress – we stand lonely and silent. Silence replaces life. Space is strictly connected with time: if space is emptied, time is immobilized (just a beautiful foretaste of what would later come with Surrealism when time will be twisted, distorted, stretched, and eventually, mocked – Dalì’s Persistence of memory is but one of an endless list of examples).

De Chirico, writing to his friend Fritz Gartz, affirms: “I am the only man who has understood Nietzsche, all my works prove it” . What did he mean? In another letter he clarifies: “A new air has now flooded my soul - a new song I’ve heard - and the whole world now appears to me completely changed - the afternoon Autumn has arrived - stretched shadows, clear air, clear sky - in a word Zarathustra has arrived, did you understand me???”.

In the famous chapter The vision and the enigma – this title alone could precisely describe the whole art of De Chirico – Zarathustra, talking to the dwarf, declares: “Look at this gateway! Dwarf! It hath two faces. Two roads come together here: these hath no one yet gone to the end of. This long lane backwards: it continueth for an eternity. And that long lane forward - that is another eternity. They are antithetical to one another, these roads; they directly abut on one another: and it is here, at this gateway, that they come together. The name of the gateway is inscribed above: “This Moment” .

The masterpieces exhibited at Tretyakovskaya these days, usher in this new attitude which struck as it offers a glimpse into rarefied landscapes which belong to another (parallel) reality. His pictures are investigations of the unknown, they don’t describe, they inquire and by doing this they floor us as they dwell on that mysterious yet familiar limbo sited between ordinary and extraordinary reality, logic and absurd, physics and metaphysics. De Chirico’s empty and mysterious cityscapes pierced by the bright daylight out of time, revived only by shadows and mannequin-like hybrid figures, perfectly depicts his philosophy: his art is knowledge which transcends the human realm, humanity has no interest whatsoever, rather what overcomes it matters as it implies something yet to be acknowledged.

He once said: “There are more puzzles in the shadow of a man walking under the sun than in all past, present, and future religions”. This sentence posits his approach in the extreme: not the man himself, who stands only as an obvious entity, but rather his stunning enigmatic shadow - abetted by his unattainable quintessence. (Here he reminds me of Pavel Florensky who during his childhood was used to wonder in front of unsettling mysteries perceived in every nook and cranny, shadows and secrecies were always lurking around in his way).

“To everyday reality its mysterious aspect, to common objects the dignity of the unknown”. Again, the unknown is part and parcel of reality, a compelling metaphysical reality worth to being investigated, through art of course, as first and foremost “the only origin of art is knowledge of ideas”, as Schopenhauer stated. 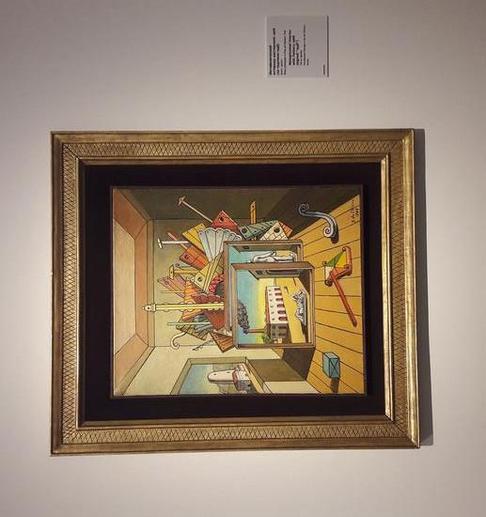 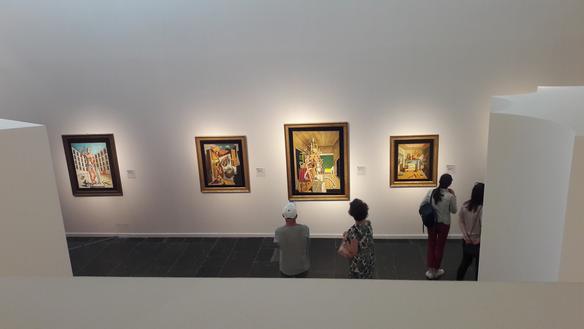